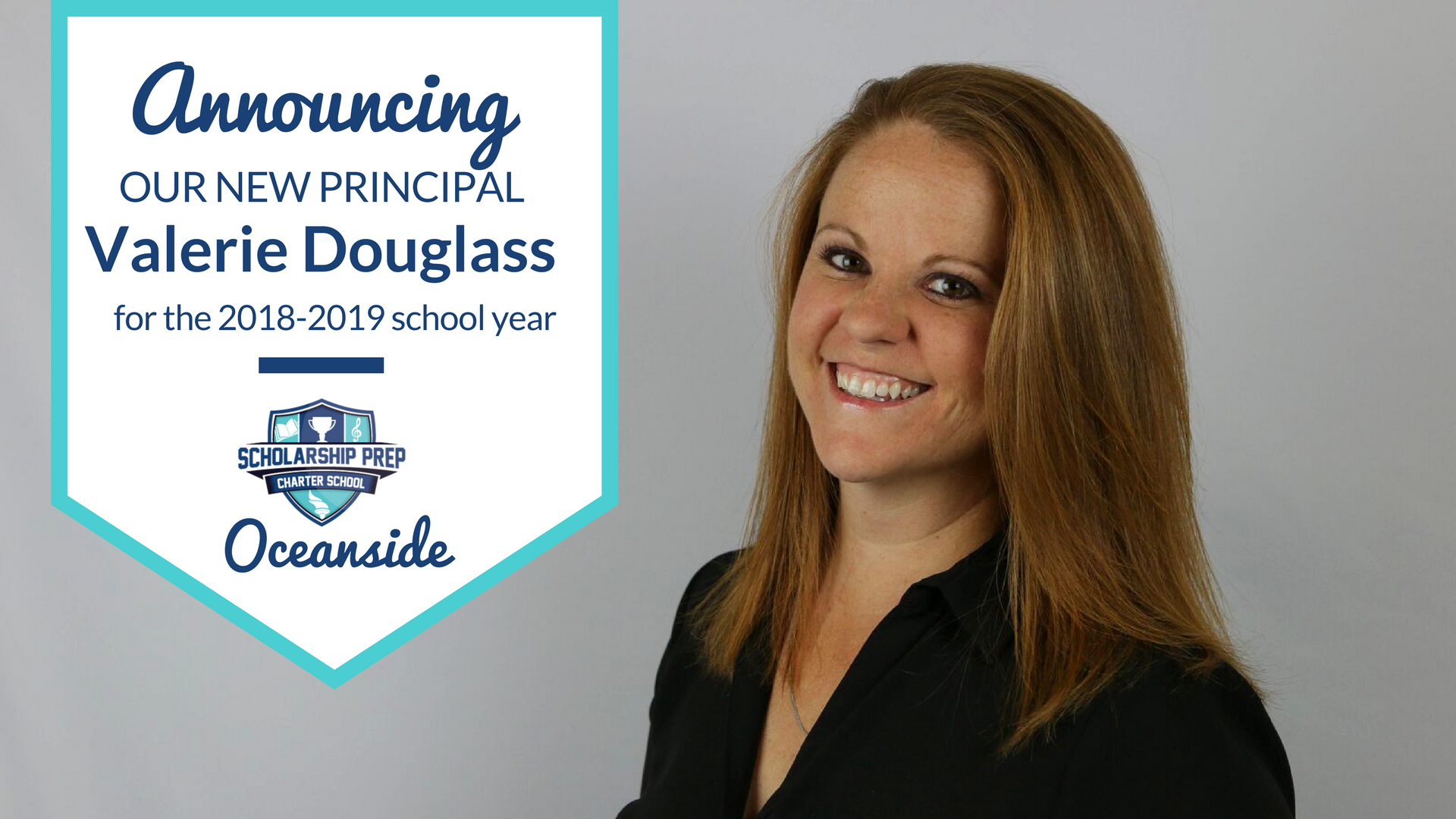 Posted by Jason Watts on February 21, 2018 in General News

Ms. Douglass will shift from her role as a classroom teacher and open the 2018-2019 academic year leading the Oceanside based campus.  Dr. Eric Beam, the school’s current principal, will continue in that role until the conclusion of the school year when he will become the Director of Special Education for all Scholarship Prep campuses.

It is with great appreciation and excitement that I accept this new position as Principal for Scholarship Prep Charter School, Oceanside beginning in the 2018-19 school year. For the past eleven years, I have had the privilege of serving different communities as a founding teacher, kindergarten through 4th grade teacher, an academic dean, dean of school culture, charter school principal, and most recently the first grade teacher at Scholarship Prep. I have found a home at Scholarship Prep and have been grateful to work so closely with team members, families, and Scholars. I am proud of the accomplishments we have made and look forward to the ones we will make in the future!  -- Valerie Douglass

Prior to joining Scholarship Prep Charter Schools in 2017 as a founding teacher for the Oceanside campus, Ms. Douglass served two principalships (2015-2017) and two assistant principalships (2013-2015) for Cornerstone Academy Preparatory School, a K-8 charter school based in San Jose. She is also an experienced regional auditor of K-12 instruction and culture and was recognized as Educator of the Year (2010-2011) and a 2012 Fishman Prize Honoree.

Valerie Douglass is a passionate educational leader and deeply believes in the Scholarship Prep mission and vision. She understands what makes our program unique and how to inspire and lead others. We are confident that her leadership will support both the continued smooth administration of our campus and growth of our organization. -- Sen. Gloria Romero, Co-Founder, Executive Director, Scholarship Prep Charter Schools