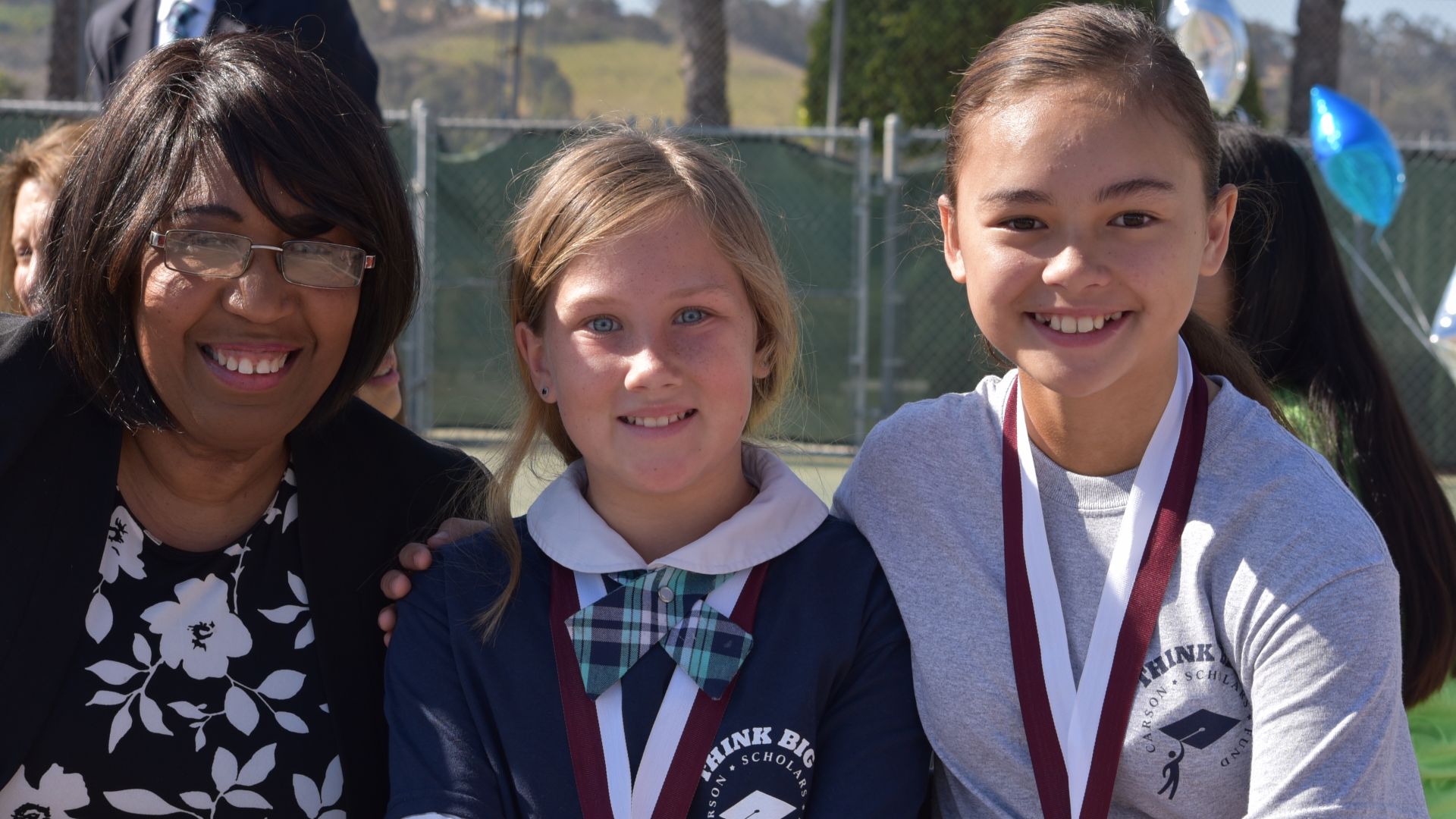 Congratulations to our first Scholars with Scholarships!

Scholarship Prep Charter School - Oceanside would like to congratulate Brynn Ropelewski (Oceanside) and Lola Yeh (Santa Ana) for winning scholarships from the Carson Scholars Fund. This Monday, May 7, Mrs. Candy Carson, wife of Dr. Ben Carson, visited our campus to celebrate our Scholars as well as the ribbon cutting of our Think Big Reading Room provided by the Carson Scholars Foundation and the Gagon Legacy Fund.

Gagon Legacy Fund - A difficult childhood complicated by the pressures of World War II drove Eleni Bukuvalas and Wolfgang Gagon out of their respective native countries to San Diego, California. The two later met and married, and built a loving and prospering life based on simple values: working hard, valuing education, inspiring others, and helping those in need. Over the course of their lives, the Gagon’s amassed a substantial real estate portfolio and stimulated revitalization in their beloved city of San Diego. The Carson Scholars Fund (CSF) is thrilled to announce that the greatest part of the estate that Eleni and Wolfgang worked so hard to create was set aside for furthering education through the youth missions executed by the Carson Scholars Fund. This represents the largest gift in the history of CSF. The selfless spirits of Eleni and Wolfgang Gagon will continue through the mentoring of deserving children of California, and of San Diego in particular, for many years to come.